Alex has lived in Gower most of his life, living at the family home in Horton for over 20 years. Alex is happily married to wife Sophie and have daughter Isabelle together, now 2.

Alex’s love of motor cars started from an early age helping at his Uncle Martin’s Nissan dealerships. Pulling cars apart and rebuilding them on his parents front garden was a usual scene for Alex’s parents.

After a short time at college, Alex became a Ford Apprentice and learnt his trade working in their factory. Alex spent most of his working life at North Road Service station, Gower. Fancying a change from motor mechanics, Alex spent a few years working at Sextons in Cardiff and Swansea, working in Audio, Alarms, installation of DVD players & Play stations etc.

From Sextons, Alex took the leap to start his business due to demand for his mechanical expertise. 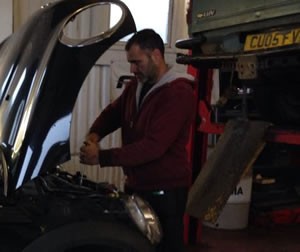 Ashley who is originally from Gorseinon, has called Port Eynon home for many years with his wife Emma and six children.

His love for vehicles started when he bought his first car at 16 and worked on it from his garden shed. Ashley worked for Kingsbridge Auto Salvage, repairing and dismantling vehicles and this is where Alex first met Ashley as a customer. Years later, Ashley went onto work for Sextons, Cardiff & Swansea which specialised in Audio, Alarms, installation of DVD players, Play stations etc.

Once again, Alex and Ashley met again while both employed by Sextons.

Calum, also from Port Eynon, is in his third year studying motor mechanics at Gower College.

Calum spends 1 day per week at college and the other 4 days at our garage, gaining hands on experience, working on all types of vehicles.

Calum has always been interested in motor mechanics; due to his father Tim, working on their own vehicles in their front garden.

Tim is also one of our MOT testers. 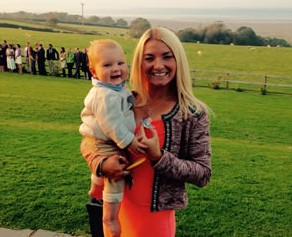 Francesca completed her A-Levels at Ffynone House School, and went onto study a Joint Honours Degree at Swansea University.

After spending a couple of years working as a business development manager, Francesca moved to running her brother’s office at the garage, and has spent the last four years here.

Francesca lives in Mumbles with her husband Alex and their little boy Jacob. 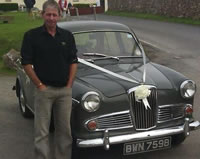 Tim was once an MOT tester & motor mechanic at the old Stouthall Garage in Reynoldston, Gower.

We nominated Tim to renew his MOT qualification in 2014, and now acts as a relief MOT Tester for class 4 & class 7 vehicles at our garage.